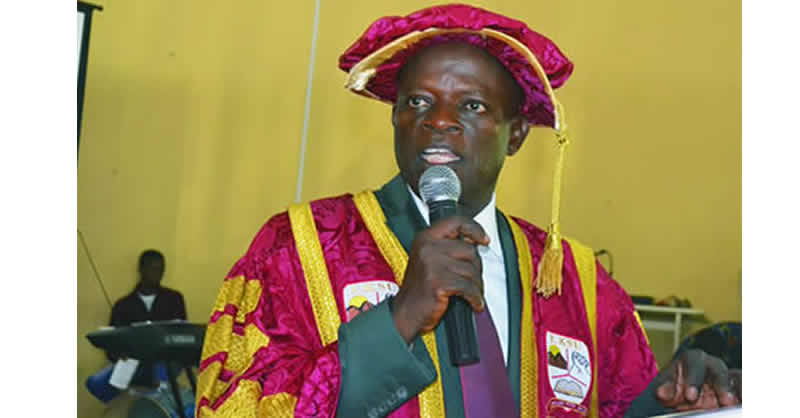 Bandele assumed office on Tuesday after the handing over ceremony at the Senate Chambers. He took over from the pioneer VC, Prof. Joseph Afolayan.

In his valedictory speech, Afolayan recounted several achievements of the institution, despite its teething problems.

He said the institution had established strong linkages and entered into collaborations with several institutions and organisations locally and internationally.

Bandele, in his response, described his emergence as the new VC as divine and a dream come through. He commended his predecessor for the great achievements recorded within the last five years, even as he pledged to take the institution to greater heights.

He outlined his three-point agenda of enrolment, enrichment and engagement, to ensure that the vision of the institution’s founding fathers was realised.

He said, “I will focus on enrolment, enrichment and engagement. We need enrolment so we can have enough students to come and see the good things that are here.

“In terms of structure, we have it and very few universities can boast of what we have here. Therefore my major preoccupation will be to bring AUL to the visibility of the world. The enrolment must be enriched both financially, spiritually and I will engage the staff so we can make AUL globally competitive.”

All rights reserved. This material, and other digital content on this website, may not be reproduced, published, broadcast, rewritten or redistributed in whole or in part without prior express written permission from PUNCH.