BBNaija 7: Which ships are sailing and which ones will sink in due time? 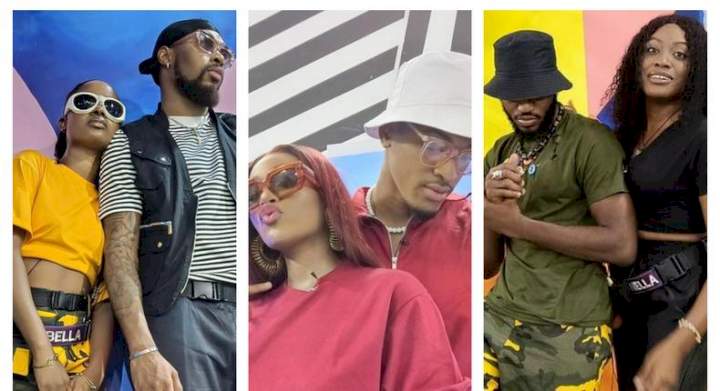 Some ships are paper boats while others are real ships.

Every year, romantic ties form in the Big Brother House, it’s only expected when you gather good-looking people together in a place.

This year, we’ve seen so many ships being formed right away and some of us are wondering if it’s real or it’s just a show.

This ship has many awwn moments and they looked so cute together. They often cuddled and even kissed but it was a shaky toxic ship full of many fights and arguments.

This ship led to her eventual disqualification. Beauty didn’t want him to dance with most women, especially Chomzy. She felt it was disrespectful but Groovy didn’t see it that way, and even though he tried to avoid Chomzy, she still found him. This made Beauty go into a jealous rage and lead to her disqualification.

Reminds us of someone who name started with an E…but I digress.

Will it sail after the house? Our verdict is no it won’t.

We do not like this ship. It feels like something we’ve watched before and didn’t enjoy. Cue Nengi and Ozo and Kiddwaya and Erica. It feels scripted. Even though Shegz says all the right words, the ship just feels very inorganic and forced.

Will they sail after the house? Nooo.

A knacking ship. These two people can’t keep their hands off themselves.

We think they genuinely like each other, but the pressures of people’s opinions might sink the ship. Khalid told Big Brother that he really likes her and she seems to like him too.

Will they sail after the house? Maybe.

Their relationship feels like two grandparents found themselves. It lacks excitement. All they do is lay down and talk in hushed voices.

As we speak, Allyson is scanning for other men. She complained to Big Brother that he is acting like an old man.

Will they sail after the house? Even inside the house, they won’t sail if he doesn’t give her some excitement.

We are still looking at other ships and paper boats developing and we will update you in due time.

How to steal someone fowl for Christmas » Wothappen