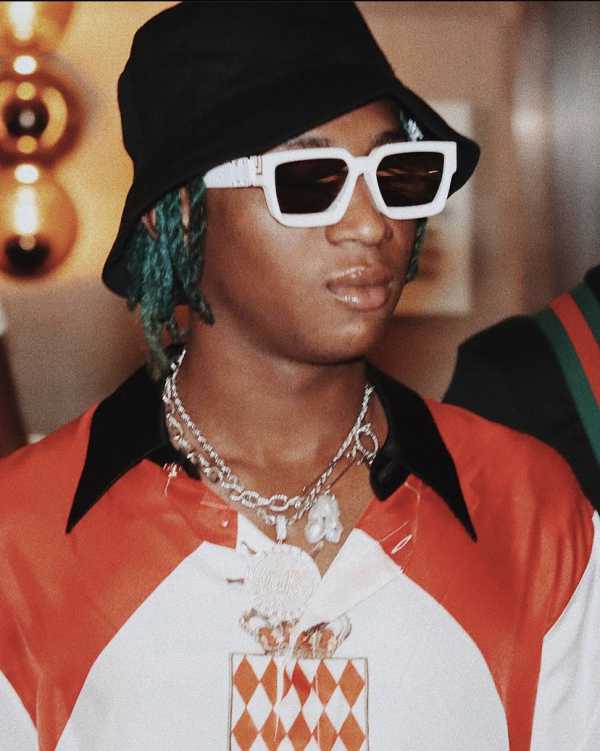 Bella Shmurda has responded after Lagos State University (LASU) took to Twitter to urge him to return to school and earn his degree.

This is coming after the star shared on his birthday that he would have been in LASU wining and dining with carryovers, with nothing in his pockets, if he hadn’t gone into music.

LASU responded, encouraging him to return to school to earn his degree by fulfilling the requirements.

The singer took to Twitter to respond while tagging LASU.

He wrote: “4 years in LASU is really nothing. Better get tha money! The economy is starving.” 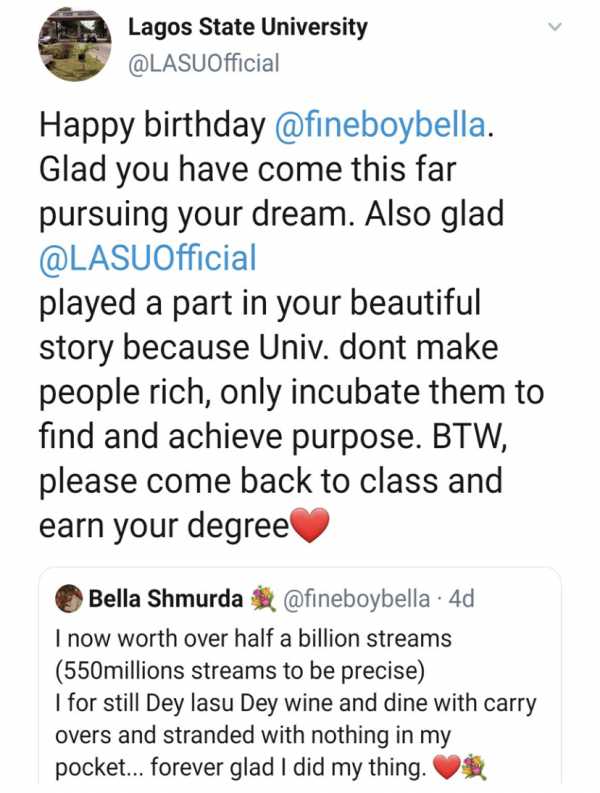