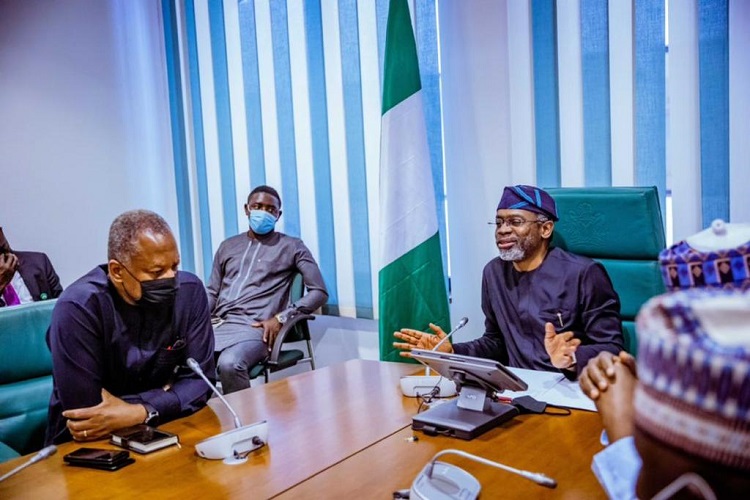 Speaker of the House of Representatives Femi Gbajabiamila believes the situation of Nigeria’s foreign embassies makes residents “unproud” to be Nigerians.

Gbajabiamila made the remarks during a meeting with Geoffrey Onyeama, the minister of foreign affairs, on Monday to discuss the financing of Nigerian embassies.

Recall that he lower legislative chamber invited Onyeama last Thursday over the poor funding of and bad state of Nigeria’s foreign missions.

Kassim Maigari, lawmaker from Taraba state who sponsored the motion, said the legislature put a clause in the 2022 appropriation act to tackle “poor service delivery” at the nation’s embassies and foreign missions by allowing them to spend their capital component without requesting the ministry’s approval.

He said clause was added in the appropriation bill to eliminate the “bureaucratic bottlenecks” affecting the effective operations of the embassies.

Speaking on Monday, Gbajabiamila stated that it is unacceptable for the ministry not to comply with the act of the national assembly.

“I think it is necessary to give a background as to the reason why the law is there in the first place. We did not just wake up one day and pull something out of the hat and say we want to put this clause,” he said.

“For every law, there is a reason for it. And the reason for it is very simple. I have been all over the world for one official duty or the other and then of course the first port of call is always the embassy.

“Honestly, unless we want to kid ourselves, it makes you very unproud to be a Nigerian, the state of affairs of where these people are.

“What it leads to sometimes even to corruption and you cannot even blame them. Even within Africa or outside of Africa. We call people ambassadors. I think the meaning of ambassador is very clear. They are a reflection of Nigeria.”