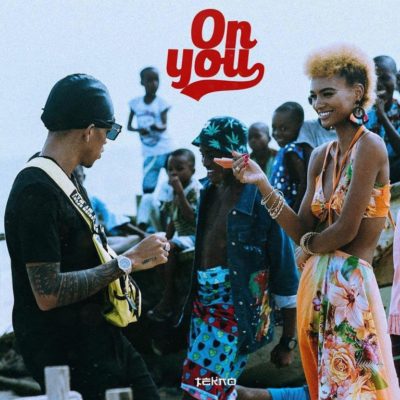 Highly underrated but one of the sweetest songs Tekno has ever made, “On You” is a romantic tune in which Tekno is heard singing about a girl he wishes to have, letting her know every fashionable luxury material that happens to exist in the universe fits her perfectly (as it looks good on her).

The song follows the “Pon Pon” pattern Tekno made so popular in 2016 and blasts off sweetness and hypnotism from the speakers. This song was the last single Tekno dropped in 2018 and was released on the 6th of December. “On You” didn’t enjoy the radio rotation it deserved as it was rarely played.

Probably the reason it was even played at all was because it is Tekno who owns the song, but in all honesty, it deserved more because it is really a good jam and should have been played more that it was sounded. “On You” has a crisp video that was shot and directed by Patrick Ellis. It has amassed over 3 million views on YouTube since it was published on the 7th of December, 2018.