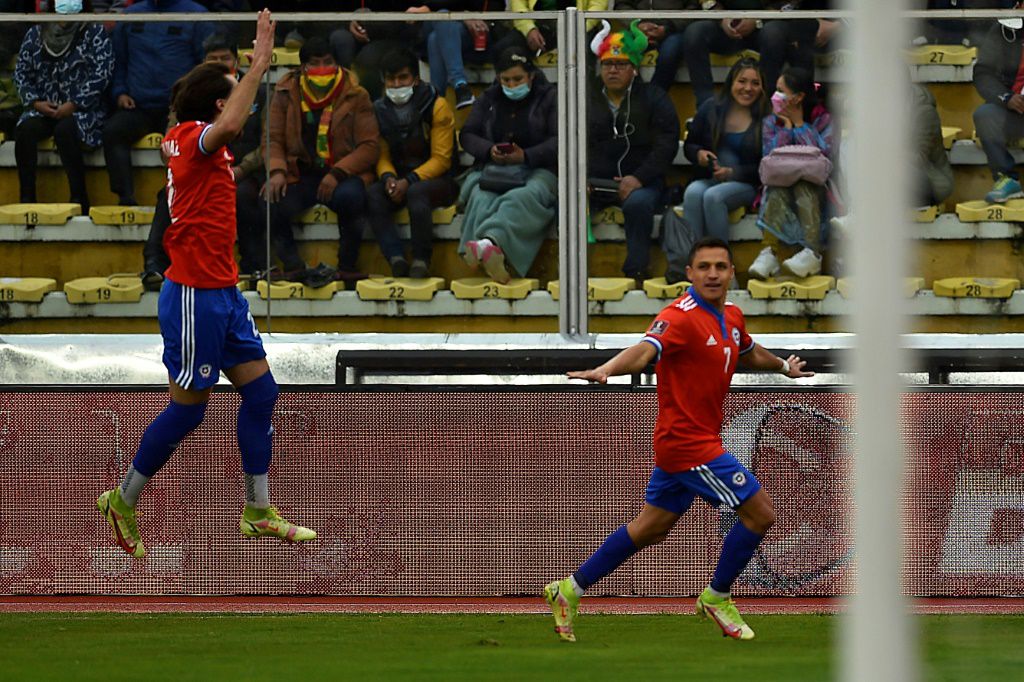 Sanchez opened the scoring on 14 minutes with a wicked free-kick before netting the killer third goal five minutes from time to give the 2015 and 2016 Copa America winners a World Cup lifeline.


Marc Enoumba equalized for Bolivia in the first half before Marcelino Nunez gave Chile the lead again after the break. Marcelo Moreno rounded off the scoring late on.


Chile’s hopes of reaching Qatar were hanging by a thread after Thursday’s 2-1 defeat at home to already qualified Argentina but this victory left them a point off the top four automatic qualification spots ahead of the rest of the day’s fixtures.


Defeat left Bolivia all but mathematically out of the running.


The game was delayed by half an hour as ground staff worked frantically to clear standing water from the pitch after a heavy downpour.


Former Barcelona and Manchester United star Sanchez, 33, rolled back the years as he struck a stunning free-kick from 30 yards that swerved wickedly in the air before dipping over goalkeeper Carlos Lampe.


Both sides showed admirable technique in trying to control the ball that intermittently skidded on the slippery pitch or got bogged down in a pool of water.


Chile goalkeeper Brayan Cortes tipped an Erwin Saavedra shot around the post but Bolivia equalized from the resulting corner on 38 minutes as center-back Marc Enoumba powered home a bullet header.


Cortes rapidly become the key figure on the pitch in the second half.


Having already made smart saves to deny Juan Arce and Moreno, Cortes then tipped a Ramiro Vaca shot onto the post and an Enoumba header onto the bar.


Chile remained dangerous themselves and a back-peddling Lampe had to palm a long range Pablo Parra shot over the bar.


Chiletook the lead again 13 minutes from time with a well worked move involving Sanchez and Mauricio Isla that was finished off by Nunez from the center of the box.


Five minutes from time, Sanchez took a pass on the edge of the box, turned sharply, beat two players and then fired a low strike into the far corner.


Bolivia would not lie down, though, and moments after Cortes parried a shot from Fernando Saucedo, Moreno sent a diving header from Henry Vaca’s cross into the far corner two minutes from time.


Sanchez almost completed a hat-trick in stoppage time but his free-kick from the left touchline crashed back off the post with Lampe a spectator.


The result left Chile fifth in the single South American qualifying group but both Uruguay, hosting Venezuela, and Colombia, playing away to Argentina, could overtake them again later on Tuesday.