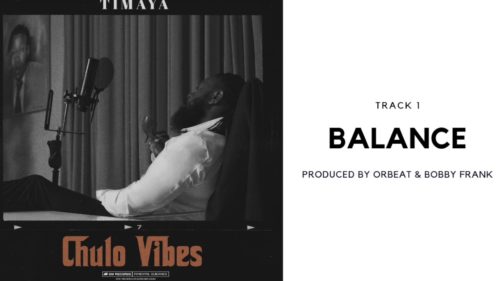 “Balance” is the lead single off Timaya’s first project in 5 years, the “Chulo Vibes EP“, which will be released soon. On this record produced by Orbeat, Timaya reflects back to his early beginning when he started music with nothing fast forward to now that he is wealthy and BALANCE. Listen and Enjoy below

One white and one nicka

Gat no house and i gat no car

One black boy from Africa

Asake Song “Terminator” Debuts At No 1 In Nigeria