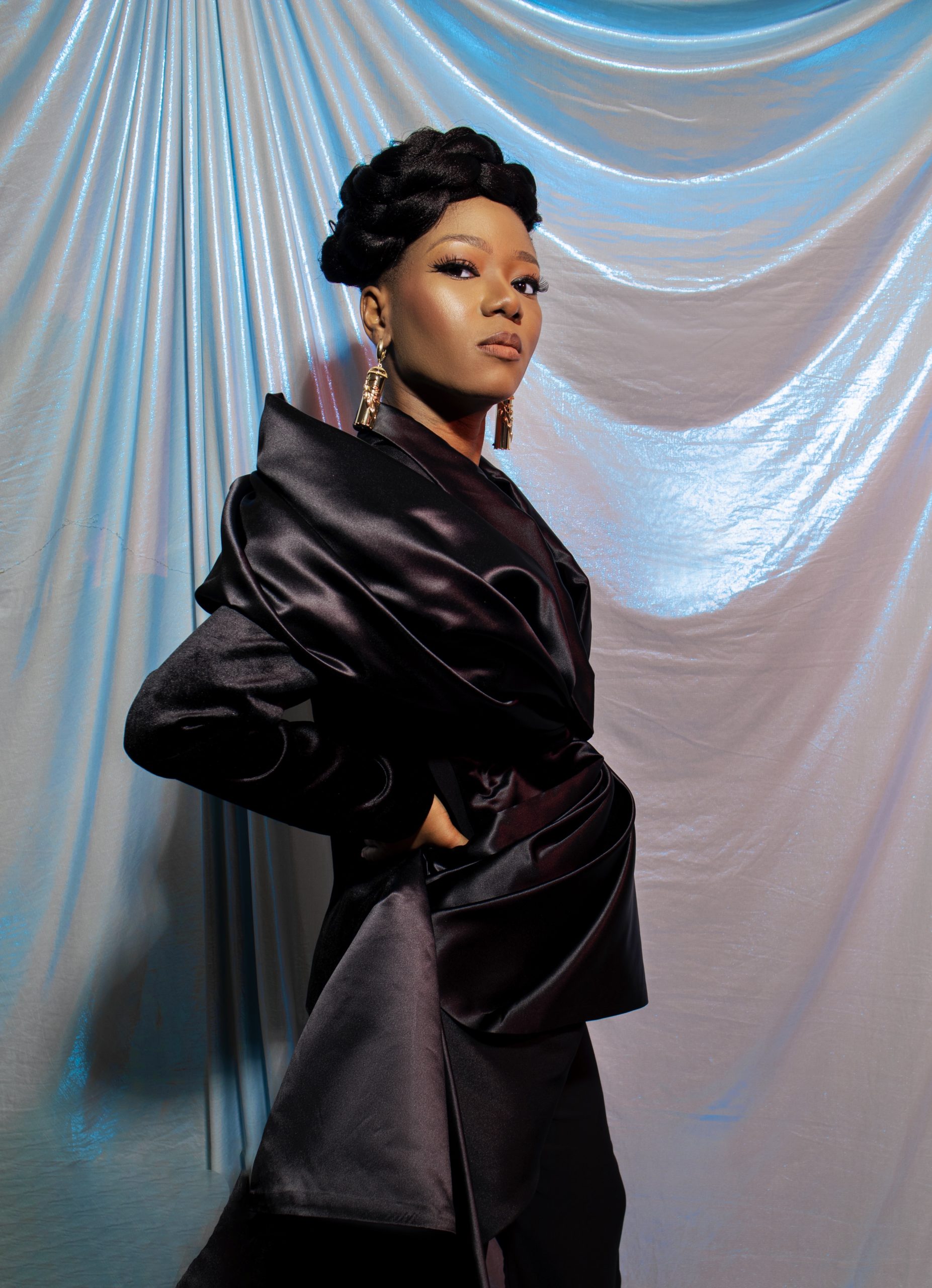 With the pivotal trajectory in the Nigerian film industry and the vast refinement in the quality of content released regularly, imagining what the industry will produce in the coming years gets interesting by the day.

Thanks to creatives like the uber-talented director and writer Bunmi Ajakaiye who understand the concept of embodying characters of diverse ages, ethnicities, socio-economic classes, cultures, values, and sometimes, sexual orientation, we know we’re on the right path.

Bunmi, who has a passion for shining the light on women and their realities, developed an interest in storytelling while spending time in the Film faculty in Australia, before beginning her Nollywood journey in 2011.

Over a decade later, Bunmi’s movie career boasts some of the most-streamed movies and television series including “Sugar Rush,” “Up North,” “Skinny Girl in Transit,” “The Smart Money Woman,” “Fractured,” “Therapy,” and more which thrive on stories that show society how imbalanced the status quo is.

In our exclusive chat, Bunmi takes BellaNaija through her journey into filmmaking and Nollywood, her most challenging projects, and the highlight of her career. 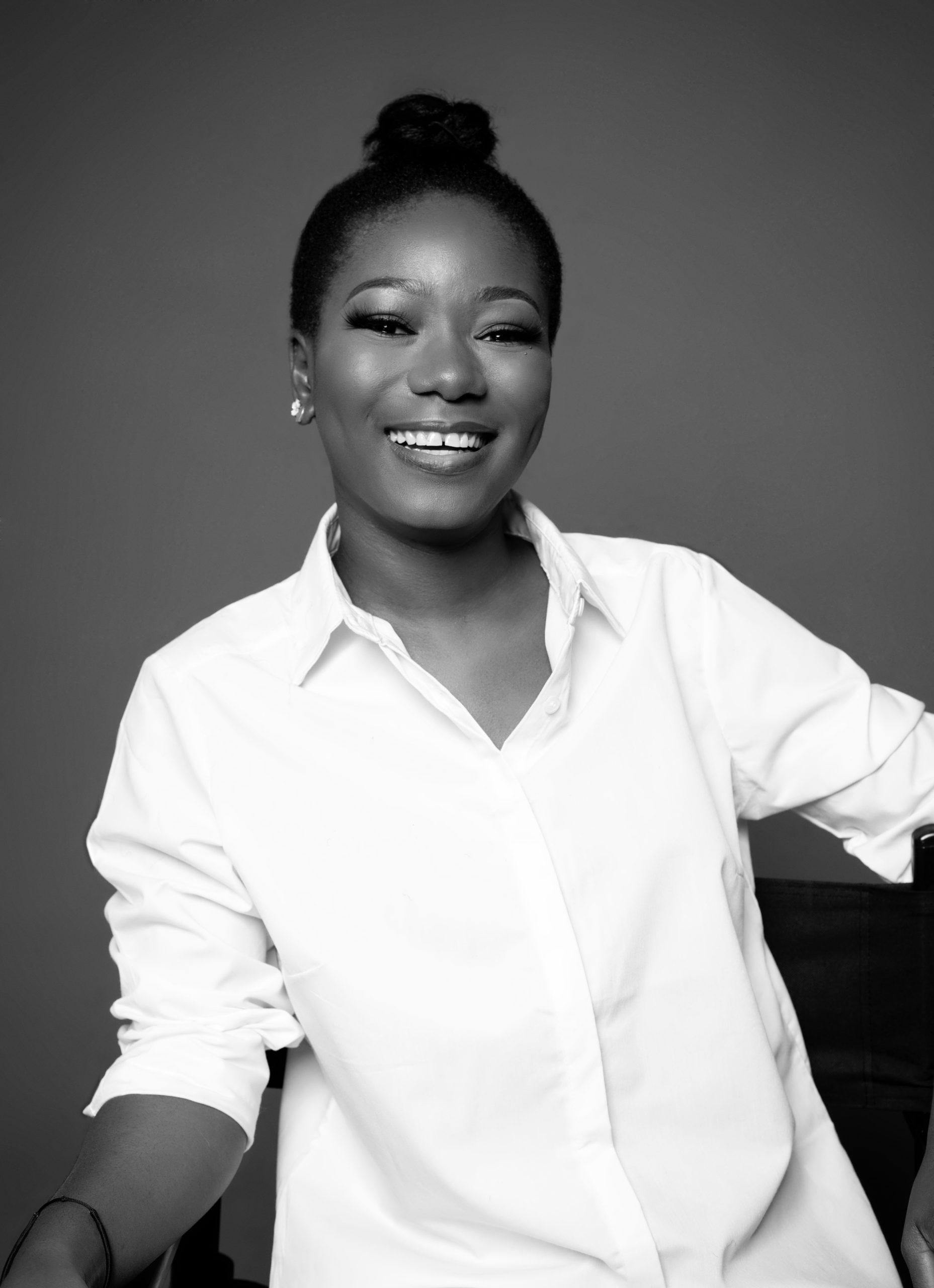 She also shares the inspiration behind her stories, her creative process, the new growth opportunities in the Nigerian film industry, and what’s next for her.

You’ve written/directed several notable movies and TV series, walk us through your journey in the movie industry (How it all began and where it has led you to).

My Nollywood journey began in 2011. Before that, I lived in Kenya and went to study in Australia where I developed an interest in storytelling while spending time in the Film faculty. I knew I wanted to work in my own country so I hopped on a plane and landed just in time to attend the late Amaka Igwe’s screenwriting course.

She taught me the basics of writing and encouraged me to hone my skills. She also mentioned the other skills she felt were important; directing and editing. Directing seemed like such a chore and editing just sounded so complicated to me at the time. If only I knew!

Later on, I was fortunate to meet Anthony Kehinde Joseph whose screenwriting technical prowess remains unmatched in Nollywood, he broadened my mind and I began to practice more and more under his tutelage. I was getting better at writing but somehow Mrs Igwe’s words kept echoing in my head. I started to learn editing and it made me an even better writer. She was right! Obviously.

The best way I knew how to penetrate the industry was through volunteering. I knew people had to see what I had to offer before I got my shot. I volunteered my time with Uduak Isong’s Closer Pictures and she ended up giving me my first job as a screenwriter and later on as a director.

What does the process of creating these stories, scripts, plots, and characters look like for you?

The entire process of putting together a screenplay is as technical as it is intuitive. First, you must understand what sort of story you are trying to tell and why. What do you want the audience to feel after ‏the screen fades to black?

When writing, I have to put myself into the shoes of characters of diverse ages, ethnicities, socio-economic classes, cultures, values and sometimes, sexual orientation. It’s very important to be aware that the stories I write are someone out there’s truth and as such must be approached with empathy care and precision. The techniques to plotting a proper screenplay are very diverse, I won’t bore you with that but I’ll say the more rules you know, the easier you can break them and adapt them for your story.

What has been your most challenging project so far? Tell us about it and how you got through it.

Kemi Lala Akindoju called me about directing the TV adaptation of the best selling book, I thought to myself “Omo, you have zero margin for error here o”.

Even in the west, news of book adaptations often leaves the audience anxious because if your visual representation falls short of their imagination, you have ruined it for them.  I did not want to do that so I went through the material over and over again with author and executive producer Arese Ugwu to make sure I was fully immersed in the characters. That definitely made interpretation a little easier.

What has been the highlight of your career so far and why?

The highlight of my career is any time my friends and family see a film or TV show and love it without knowing I either wrote or directed it.  It’s always such a fun surprise and excitement for them every time and that makes me happy that they are proud of my choices.

Another highlight is when I get to work with actors from the early days of Nollywood, actors who I watched and admired growing up. They are always so respectful, encouraging and ready to work. I am always humbled by the fact that they were here before all the glitz, glam, money, endorsements, lifestyle and they are still here, working. I want them to be proud to work with me!

Most of your stories shine a light on women making giant strides irrespective of social issues. What inspired this focus and how has it impacted the industry and your journey?

Who better to cast the female gaze on our stories than a woman. Also, all my big breaks were given to me by women so I am very pro-women. I also have a front-row seat to the experience of the typical African woman trying to succeed in a male-dominated role.

Being  a female director was a challenge, as people tend to respond better to men in authority, at least that was my experience when I first started but I am glad to say this is changing slowly. I think it’s crucial to shed light on the issues women face and educate people on how the world is evolving and the dangers if we refuse to accept this change.

The pressure on women is more intense now than ever before; the pressure to meet physical appearance expectations (weight issues as seen in “Skinny Girl in Transit”), financial independence (as seen in “Smart Money Woman”) or the burden of infertility placed on women (as seen in “Fractured” on YouTube) and the weight of parenting responsibility (as seen in “My Wife and I“) and some others. If I can tell stories that shows society how imbalanced the status quo is, then I have succeeded. 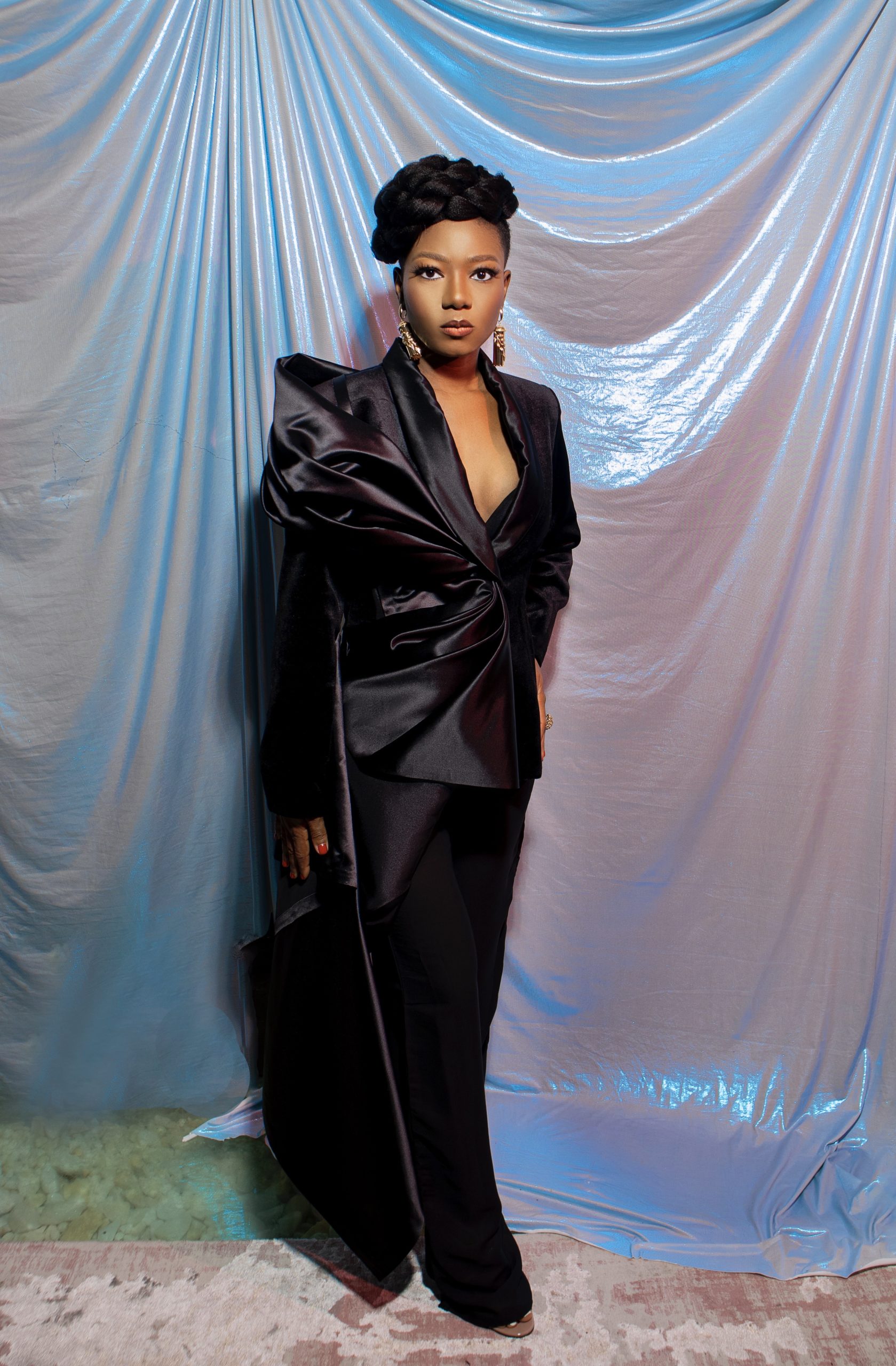 There are international investors currently creating several opportunities for Nollywood to tell more compelling stories to a larger audience. How can the industry take good advantage of these opportunities in the short run?

These are definitely exciting times in Nollywood, you can feel the rush that comes with news of big payers entering the industry. With these new players come bigger financial backing which means we can spend more time developing our stories to a world class level. In the short run we will enjoy the interest of the world on Nollywood and leverage on that to start conversations on an international scale that will bring permanent infrastructural growth to Nollywood.

What has been your favorite story to tell and why?

All my stories are like my children, each one is unique in its own way. I pour a lot of love and energy into each one from “Therapy” to “SGIT” to “Fractured” to “TSMW”, It’s difficult to choose. Like my Mom says, “a mother has no favourites” lol.

How would you describe the growth the Nigerian movie industry has experienced in recent years?

The Nigerian film industry had been growing steadily, within the continent, at its own pace despite civil unrests and other socio economic factors; it almost appeared bullet proof thanks to the resilience of our pioneers. The new interest the industry gathered in the last 5 years has spiked our visibility and viability for collaboration with our counterparts in Hollywood and I sincerely hope these opportunities will spread to every aspect of the industry.

What kind of director would you describe yourself as and why do you choose this method?

I am the sort of director who understands the power of TRUST. I think it’s very crucial to show your talent or actor that they can trust you with their entire emotional spectrum. From happiness to sadness, courage to fear, love to hate, excitement to indifference, anger to pleasure, the entire range is in my hands to channel as you see fit.

It’s a very vulnerable position to be in as a performer so it’s very important that they feel safe with me. Same goes for the crew, they draw strength, courage and “ginger” just from looking at me so even when I am exhausted, I stay gallant for my crew and remain in high spirits.

Looking at your previous works, we can’t wait to see what’s coming. Let us in on what’s next for Bunmi Ajakaiye?

Presently, the web series I wrote for House 21 TV starring Falz and Toke Makinwa is available to watch on youtube. Also, my own feel good romantic comedy “Who Lived at Number 6” starring Osas Ighodaro, Ozzy Agu, Abimbola Craig, Seun Ajayi and Osereme Inegbenebor also premiered on the 28th of December on Youtube!

I am so excited for everyone to watch and enjoy that so please give it your time and love when it drops!

And of course, I would be remiss if I didn’t tease the remake of one of the most iconic movies ever to come out of Nollywood which I directed earlier this year for Play Network Studios. It’s not been announced yet but I am sure the audience is in for an exciting ride when the movie drops.